3 Years anniversary with my boyfriend

About last night… What a night.

Today (1st of May) it’s my boyfriend and mine 3rd anniversary and as a surprise he took me to see my one true love (no I’m not kidding) in concert, NIALL HORAN!!!!!

Since it’s only my 3rd anniversary my boyfriend didn’t really get to know when I was a true directioner (they split up in 2016 and we’ve been together since 2015 so Zayn already left and the most crazy years were already over). I’ve always been talking about how much I was obsessed with them and how much I loved them all and especially the Irish lad (Niall for those of you who don’t know them well). When we first met I took most of my fangirl stuff out of my room because I didn’t want to scare him even though he’s actually totally fine with my weird obsessions, but I didn’t yet know this at the time. He was the one who comforted me when Zayn left the band and later when they took their break.

Since he never got to see them in concert and didn’t really understand what all the fuzz is about he decided he wanted to surprise me with two tickets to the one and only Niall Horan himself.  I’ve been talking about it ever since I knew he would come to Belgium but I never really got to buy tickets since I spent my money on other things (a holiday and a citytrip) and when I did tell him I wanted to order some tickets he always said I shouldn’t because I should save my money.

Little did I know he bought tickets for me. He told me about it a couple of weeks ago and I totally freaked out! OMG I’m going to see the love of life once again live in concert *faints*.

I want to tell you guys all about it;

So, yesterday we took the train to ‘Vorst Nationaal’ and  we waited in line for hours, okay, maybe 30 minutes, but it felt like hours since it was raining and a lot of girls were pushing and pulling us out of the way because they wanted to be first in the building for the merch. We waited patiently and when we got in I had to buy, of course, a sweater.

It was a little pricey, but hey, it was Niall merch though.

After buying this amazing piece of art we entered the concert hall (we got tickets for the arena since I hate sitting down at a concert). We stood quite close to the stage.

The evening started with the amazingly talented Julia Michaels, who really impressed me with her wonderful voice and performance.  I did make a video, but I can’t put it on here so I took the picture she used on her Instagram, same for Niall.

After this incredible performance it was time. Time to be reunited with my ultimate crush. He gave an amazing performance (what a shame I can’t show you the videos, but you can always look on my Instagram).

I enjoyed every second of it and right now I wish I was still there.

After his performance I was quite sad since I’ve been looking forward to this concert for some time now and also since my dream didn’t come true; Niall noticing me and falling in love. But my boyfriend was with me and he actually enjoyed it which is more than I could ever ask for.

Do you have an artist you really enjoy? Let me know, I’d love to hear your stories! 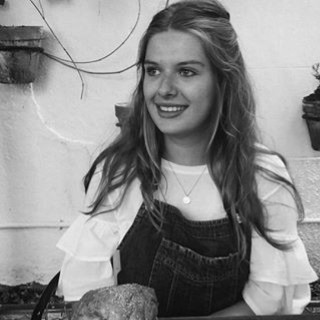